The 600-mile-long Northwoods Route circumnavigates the western half of Lake Superior, following gravel roads, relatively smooth two-tracks, rail trails, and short sections of pavement through thick forests and along countless lakes. This loop was created for riders on both mountain or gravel bikes, with relatively frequent resupply options along the way. Singletrack alternates and trail networks offer options for riders looking for more loaded or unloaded technical riding opportunities.

The loop uses the passenger ferries that travel to Isle Royale National Park to cross Lake Superior. This connection requires some planning since the ferries do not run daily, and the lake crossing will require an overnight stay on Isle Royale (see the FAQ below for more information). We also encourage riders to spend an extra day or more hiking on Isle Royale (bikes cannot be ridden on the island). 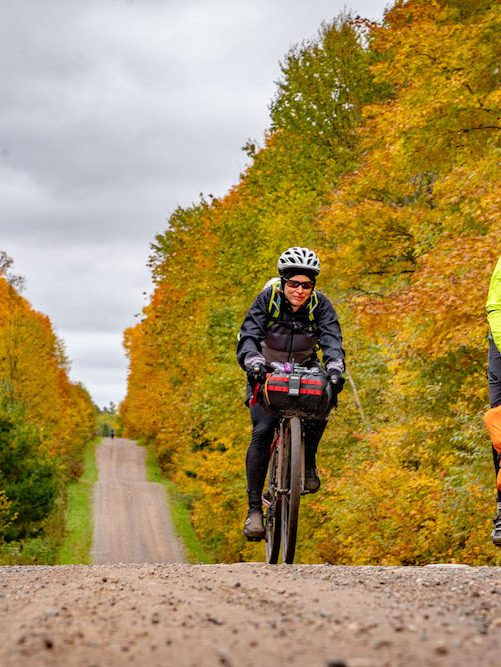 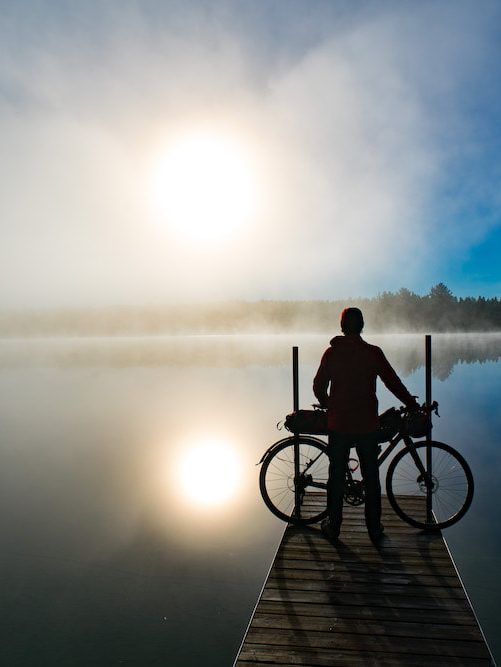 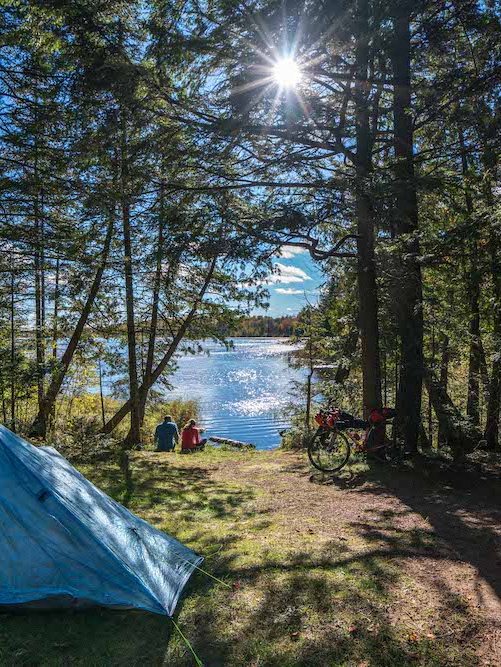 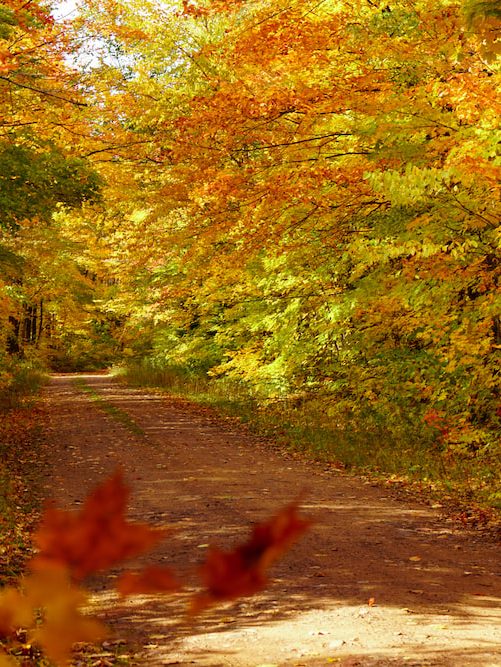 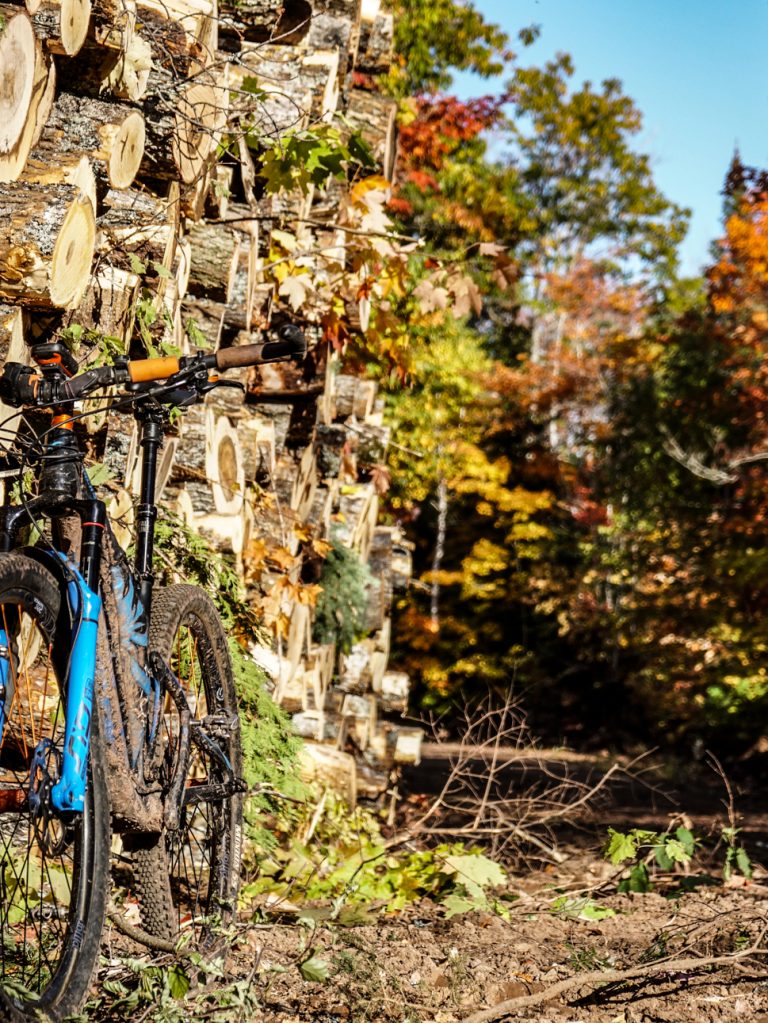 The North Shore of Lake Superior is an especially beautiful landscape – cobbly beaches, long cliff lines, narrow canyons, and the uplands that climb away from the shoreline. This segment begins in the city of Duluth on a paved recreation path before climbing inland and out of town on a series of quiet paved and gravel roads. Duluth features numerous public transportation options and any and all services one could need before embarking on a trip. Farther up the North Shore from Duluth, the route drops back down to the coast and follows a paved recreation path past numerous state parks. At Silver Bay, riders will head inland once again, climbing into the highlands on primarily gravel roads, some rougher than others, and past countless small lakes. North of Finland, the route enters Superior National Forest, and dispersed camping opportunities become plentiful between there and the final miles of Segment 1. Riders will return to Lake Superior at the bustling town of Grand Marais before heading inland once again toward Devils Track Lake and the Canadian border on some of the roughest roads of the segment. The final miles of the segment cross the Grand Portage Reservation of the Grand Portage Band of Lake Superior Ojibwe, and the segment ends at Grand Portage (Gichi-Onigaming). Here, riders can take either the Voyageur II or Sea Hunter II ferry to Isle Royale National Park.

The Michigan segment traverses ancient but still-rugged mountain belts and is the most demanding (and arguably scenic) segment of the Northwoods Route. For riders coming across from Isle Royale National Park on the Isle Royale Queen IV ferry, Copper Harbor is the starting point for Segment 2 (riders coming across on the Ranger III ferry will land in Houghton). Copper Harbor is nestled on the northernmost end of Michigan’s Keweenaw Peninsula, and from this small touristy community, the route winds its way south on logging roads, a few short but steep sections of 4×4 tracks, and gravel roads. Closer to Calumet, the riding becomes easier on the rail trail toward the small city of Houghton. Continuing south, pleasant gravel roads, more rail trail, and short sections of pavement lead toward the mountains around Greenland. The rockiest, most rugged section of the entire route sits between Greenland and Rockland, but beyond Rockland, the forest roads become smoother once again. Reaching the Lake Superior shoreline again, the route enters the beautiful Porcupine Mountains Wilderness State Park. Nearly the entirety of the riding from there to the end of the segment near Ironwood is paved. The only alternate along this segment is the Twin Lakes Alternate, a short paved and gravel option that takes riders out to a beach and campground on the coast.

Wisconsin is the shortest, least rugged, and but most remote of the Northwoods Route segments. The vast majority of the riding is on gravel roads (aside from between Solon Springs and Duluth),  services are relatively far apart, and natural water sources are a bit less frequent. Leaving Ironwood, Michigan, the route crosses into Wisconsin and enters the mostly undeveloped Ashland County Forest lands. The roads get rougher and narrower before gradually becoming better again toward the Chequamegon National Forest boundary. Once in the national forest, the topography  becomes much more challenging as the roads climb over and squirm around ridges and hills of glacial deposits. The small town of Cable, a mountain bike destination due to the local CAMBA trail system, is the first community along this segment. North of Cable, the riding becomes faster and smoother all the way to Solon Springs, although short sections can be quite sandy when dry. North of Solon Springs, the route zigzags toward Superior and Duluth on mostly paved backroads. The CAMBA Alternate offers a challenging singletrack option east of Cable, and the Duluth Traverse Alternate turns off the main route south of Superior to reach the southern terminus of the Duluth Traverse singletrack.